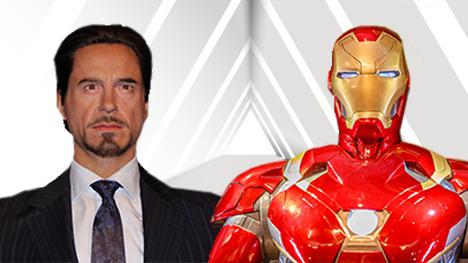 Like BNI, Tony Stark was exceptionally good at increasing business. The empire he built would’ve been enough for most people, but Tony wasn’t satisfied with merely making money. He developed a cool-looking iron suit, added a super hero side-hustle and flew around saving the world as Iron Man.

You may not have known that BNI has a similar part time job, minus the cool suit. Like Tony Stark, BNI devotes considerable time and energy to helping people within its communities. And, like Tony, BNI has its own team of heroes who have each other’s backs, like The Avengers. Except, in this case, more like The Networkers.

Mobilizing people and resources to help those in need may not earn BNI its own comic book, but our team of super heroes is no less motivated to make our corner of the world a little better. Here are some examples of how our members helped their communities in 2020.

An amazing community initiative that’s been catching fire within BNI is reserving one seat in the chapter for a non-profit organization. Food banks, shelters, charities and other groups have been invited into the BNI family where they’re given a seat at the networking table. Each BNI non-profit has been able to expand their contact base and increase donations exponentially through the organization’s powerful referral engine. Other benefits are the ongoing business mentoring non-profits receive, not to mention practicing and honing their marketing message by giving weekly presentations to their chapter.

BNI’s initiatives have also come from individual members who have seen a need within their own community and have taken up the torch to address it.

At the peak of the Covid crisis in May 2020, BNI Ontario Southwest Executive Director Irindeep Badial noticed many local families in the Cambridge area were struggling with basic needs. Irin reached out to BNI members with a goal she felt would help the community while being practical for most donors: 200 jars of peanut-butter. She put out this specific ‘ask’ on Facebook and within BNI. Amazingly, in less than 24 hours 200 jars had arrived and more jars were still coming in. As the mountain of peanut butter continued to grow, people were also sending cash donations and other food items.

Four days after her modest ask for 200 jars, Irin had received an astounding 650 Kg of donations, including various food items, plenty of cash, and lots and lots of peanut butter, all of which were dropped off at the Cambridge Self-Help Food Bank. What began as a modest request for help grew into a substantial donation, thanks to the goodwill of BNI members.

Pat Stride, BNI’s Executive Director for Alberta North, organized the #BNIcleanup campaign as a response to the Covid-19 lockdown in the Spring. It was a time when people were isolated, stuck at home, without any social interaction. Pat recognized the importance of giving people a reason to get outside by engaging them in a common goal: cleaning up their community.

Almost 150 BNI members and their families in Edmonton and surrounding areas stepped up to the challenge. Armed with bright red t-shirts and red garbage bags, they hit the streets to collect trash. Turns out their initiative not only helped the environment, it also gave them a sense of positivity at a time when business and morale were low. Members posted their activity on social media with the hashtag #BNIcleanup, flooding Facebook with images of themselves as they tidied up neighborhoods and parks. People encouraged each other and posted progress reports. “This street is done, 5 bags collected!” “Lots still in the park on the next street.” People in the community noticed what BNI members were doing and many joined in.

Pat was on the streets with them, acting as head-cheerleader and keeping a running tally of how many bags were gathered. At the end of the campaign, she announced the top chapter and top individual. #BNIcleanup not only succeeded in cleaning up neighborhoods in Alberta, it brought BNI members together with a much-needed purpose in the midst of the pandemic.

The Networkers giving back, it is what we do.

BNI ’s mission is to help members increase their business through a structured, positive and professional referral marketing program that enables them to develop long-term, meaningful relationships with quality business professionals.